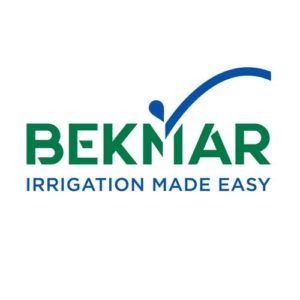 Southern Africa is the second region in the world, after the Middle East and North Africa, to be faced with a major water deficit, and within this reason South Africa is one of the countries with the most severe water scarcity. As such, many South African growers depend on irrigation to supplement rainfall as the principal source of water for crops throughout the country.

Our country has very volatile rainfall, both in terms of how often it rains, and where it rains. In fact, only about 12% of the country is suitable for the production of crops that are exclusively rain fed, and in these areas productivity is wholly dependent on rainfall patterns, which makes farming very challenging from a profitability point of view.

Predictions based on climate change models show that rainfall patterns are likely to become even more erratic in years to come, and that the country’s arable land will shrink as conditions become more unpredictable. At the same time, the demand for food will increase as populations continue to grow, which means farmers will need to find ways to keep up their productivity.

Kofi Anna, the UN Secretary General, is quoted as saying, “We need a Blue Revolution in agriculture that focuses on increasing productivity per unit of water – more crop per drop.” At Bekmar Irrigation, we tend to agree, which is why our team places a firm focus on soil testing to determine water and irrigation requirements.

There are various methods and devices to measure soil water. Here are 7 of the most commonly used:

The feel method is exactly what it says – you feel the soil with your hand to see whether it is dry or moist. If it is dry, irrigation is applied. This method, although somewhat suitable to small-scale growing operations and home gardens, is quite subjective and not very scientific. The individual doing the feeling also has to be very experienced and intuitive if the method is to work.

Another low-tech method that can be used to check soil water, but is not very practical for daily irrigation-based measurements, is the gravimetric method. A soil sample is taken from the desired depth, weighed, dried in an oven for a day and then weighed again to see how much moisture was lost. It is best used when calibrating soil-measurement devices.

A tensiometer is a device that measures negative pressure in the form of soil water suction that is expressed in terms of tension. The force of the suction indicates the energy that a plant would have to expend to draw water from the soil. This device is simply to use but can give faulty readings if it is not serviced and calibrated on a regular basis.

A neutron probe is a sophisticated and accurate piece of equipment that measures the moisture content in soil by scattering fast neutrons, which are deflected by hydrogen, and providing information on the amount of deflection, which is directly related to the soil moisture in the soil.

It normally comprises of a nuclear unit, suspended on a cable, which is both a neutron source and detector, a housing containing the electronic receptors, as well as a shield for safe transportation of the radioactive device.

The Phene cell is based on the principle that a soil conducts heat in relation to its water content. It measures the heat conducted from a heat source and calibrates the conductance versus water content for a specific soil in order to determine soil-water content.

Time domain reflectometry (TDR) is an indirect measure of soil water content based on the travel time of a high frequency electromagnetic pulse through the soil; this travel time is used to calculate the permittivity (dielectric constant) of the material.

There you have it – seven methods of measuring soil water in order to make sound decisions regarding irrigation. For more information on the various ways you can test your soil to determine your water- and irrigation requirements, feel free to get in touch with the Bekmar Irrigation team. In the meantime, remember to check back soon for more insider info and expert tips on getting the most from your soil.